Applying that same concept, Don began the first pizza delivery service in Waterbury. In the late 1960’s, if you worked at one of Waterbury’s factories, schools, or businesses, you might remember the red and white truck displaying the words “Here comes John’s”.  Or maybe you remember hearing the distinctive “owuuugaa” horn announcing his arrival.  He didn’t stop there, however. Baseball and football games brought a number of people buying slices of pizza Municipal Stadium, where he recalls seeing Ted Williams, Mickey Mantel, and Waterbury’s own Joan Joyce. Don continued to sell pizza and fried dough from his “travelling pizza shop” at various fairs, festivals, car shows, parades, and football games in Waterbury and surrounding towns up until 1995.

In the early 1980’s, Don opened John’s Pizza West on Chase Parkway, Waterbury. “John’s the name, pizza is our game” was the slogan.  It served all of Town Plot and the west end of town. After several years, however, Don sold his share to his partner and went back to The Original John’s Apizza on Woodtick Road to assist his oldest son, Dominic. It was now a “family business”.

Over the years, all of Don’s five children have participated in growing the business into what it is today, including Maryann, Carla, and Theresa. Now in its second generation of ownership, Don’s youngest son (Donald R.) takes the lead of running the business. And while the menu has changed over the years to include some old family recipes (such as chicken escarole soup, pasta fagiole, eggplant, veal & peppers, and soffrito), one that that has not changed is the ongoing commitment to deliver quality service.

Today, John’s Apizza is still very much a family business. It’s not unusual to find three Cianciolo generations on busy weekend nights. Considering the quality of food, it’s also not surprising that many of their customers have been coming to John’s for more than 40 years. Don and his wife, Domenica, have watched their customers from the 1960’s become grandparents...that makes their customers third generation as well.  The Cianciolos recognize that it is this type of dedication and loyalty, not to mention hard work, which makes a business a success.

“We want to extend our sincere gratitude to our present customers whose weekly patronage contributes to our success...and we thank God and Mother Mary for our many years of guidance, success, and happiness in everything we have done...and are still doing.” 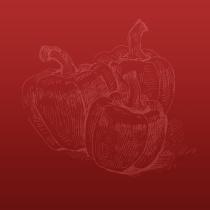 It’s 1964, and though 28-year-old Donald Cianciolo has no way of knowing, it’s the beginning of a four-decade adventure – The Original John’s Apizza.

He really didn’t know anything about pizza-making when first purchasing the business (at this time located on Baldwin Street) from the restaurant’s original owner. Being a quick study, however, he promptly learned everything he needed ot know, especially the famous dough recipe.  A couple of years later, Don relocated the restaurant to its present location, 57 Woodtick Road, across from Chase school. Don’s father and uncles were fruit and vegetable peddlers, delivering their goods directly to people’s homes.